Gray Fox, real name Frank Jaeger, was a mercenary and former agent of U.S. Special Forces Unit FOXHOUND. Originally a child soldier, Jaeger was the only operative in FOXHOUND to achieve the codename "Fox," the unit's highest commendation, and was decorated five times.

Fox was Solid Snake's comrade-in-arms and friend during the Outer Heaven Uprising, but his loyalty to renegade commander Big Boss forced him into combat with Snake during the Zanzibar Land Disturbance. He survived his injuries following an intense battle, after which he was forcibly outfitted with a powered exoskeleton and subjected to intensive gene therapy. Fox later confronted Snake as a neutral force during the Shadow Moses Incident, in the guise of the Cyborg Ninja, before dying at the hands of Liquid Snake and Metal Gear REX. - http://metalgear.wikia.com/wiki/Gray_Fox

Support Stealth2111 on their Patreon. 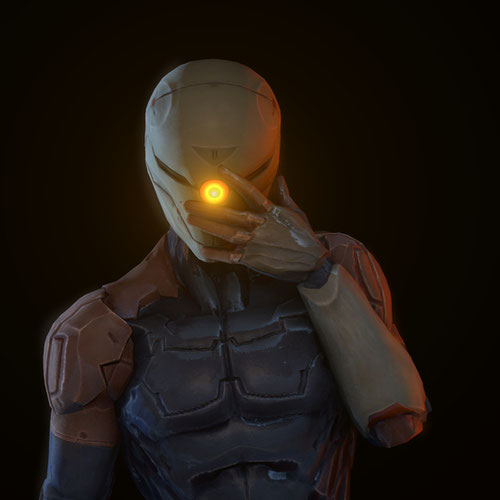