This project was originally uploaded by MisterE. It has been connected to a system account that was used for the SFMLab site migration. Read more about the migration.

I decided to pose with her a bit and fix problems as they occured instead of releasing a string of beta versions, I Frankensteined Sedyin/cyreaths rachel from doa back to her first appearance in ninja gaiden and now

Thx to glossedSFM for the improved preview pic Features/improvements

Breast sliders/flexes, they don't work with shirt and suspenders

headband now shiny via cubemap, you can edit the headband file to make it more shiny but i tried to keep to shiny dull metal

now has vag bones and flex

Cleaned up weight painting, (I totally understand why someone would just stop working on a model)

Has breathing flexes, they don't work with shirt and suspenders

The hair is slightly messed up, I'm not entirely sure why there's a gap in one of the spirals, the UV editor is a lie 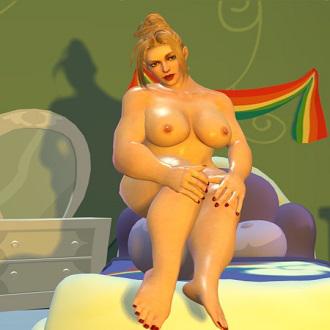