Who you calling pinhead?

And now, a couple of models I did alittle rework on, I present one of the biggest jackasses in the Ultra franchise, "Mr. Bad" Red King the "Cornjira" and his "mega evolution", EX-Red King, also known as McFist Fucker.

Both models are gmod compatible and have bodygroups for their eyelids, which are also controllable via facial bones. EX-Red King also has a skin to make his eyes glow red. 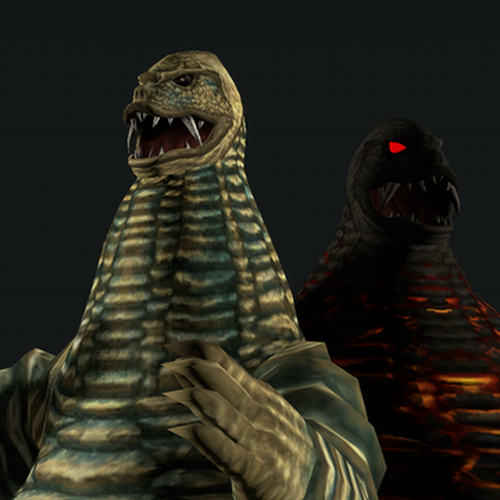