Well, I’m experimenting more with scene-builds, and someone had suggested a park, so I took up the idea.

It works just like my other prop-boxes, and my suggestion is to spawn the prop-box on the “Stage” map, just like in the second image, setup your shot, and then swap the maps over to something with a sky-box that you like.

It should work in Gmod as well, the physics box is just the bottom plane again, so you’ll just walk thru the statue and the bench, but that’s about the only way I can figure out to get it work properly.

Support Salaryman on their Patreon. 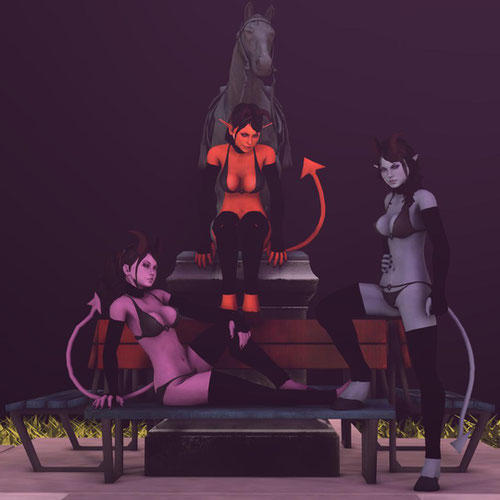