This project was originally uploaded by ohgodzilla. It has been connected to a system account that was used for the SFMLab site migration. Read more about the migration.

Some random monsters ported from FFXIV. All the humanoid ones work with rig_simple, and most of them have an alternate skin or two. I did these pretty quickly last night but they seem to be all good when I tested them today. Either way let me know if you run into a problem.

If you have a request for a monster that's not in this pack and you actually intend on using it in an animation or render then let me know and I can try to add it when I have time. This doesn't include Shiva and Garuda since they'll probably be their own releases eventually.

Follow me on Tumblr for WIP updates at ohgodzilla.tumblr.com 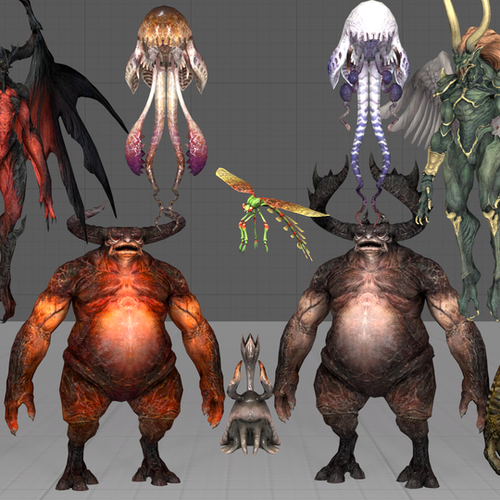