So it occurred to me to check the Ocelot model on the workshop by Cra0 and let me tell you. You should probably download that one instead. Not That I want to downplay my own stuff but as far as quality goes, he wins. Bodygroups, gravity reactive jigglebones, eyeposing and face bones. Enjoy.

Revolver Ocelot, real name Adamska (Russian: Адамска) or simply Adam (Russian: Адам), and also known as ADAM, Shalashaska (Russian: Шалашаска), usually Ocelot (Russian: Оцелот), was an operative of FOXHOUND and an agent of the Patriots. A master of interrogation and a formidable gunfighter, he was often referred to as a "ricochet genius" in regards to his gun fighting skills. A fanatic, he was known for his affinity towards Spaghetti Westerns, as evidenced by his choice of weapon and his clothing, duster and spurs, the traditional garb of cowboys. His weapon of choice was the Colt Single Action Army Revolver, which he regarded as "the greatest handgun ever made."

Throughout his career, Ocelot became personally acquainted with all five men codenamed Snake: a friendly rival to Big Boss, the right hand man for Liquid Snake and Solidus Snake, one of Venom Snake's top advisors, and a nemesis to Solid Snake. He was the son of The Sorrow, and the legendary soldier The Boss, given birth to on the battlefield. Specializing in infiltrations of a different nature than Solid Snake and Big Boss, Ocelot often acted as a triple agent, to serve multiple interests in the same situation. 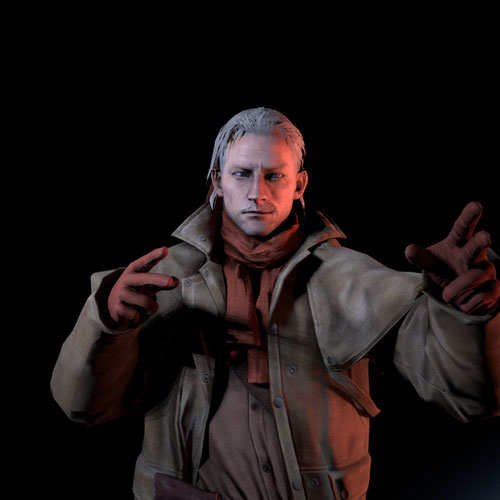