Looking for a pack of tricked out, railed-up tactical AR15 variants? Then take your poor taste in firearms elsewhere, because this is a strictly rail-free zone.

This model pack contains ten oldschool AR15 variants with more bodygroups than anyone could ever possibly want, a bonemergeable M203 with bodygroups, and a set of bayonets with sheathes and magazine props to go with them.

Not only does this pack include some of the most well-known retro AR15 variants such as the M16A1, M16A2 and the XM177E2, but it also includes some really obscure, weird ones that either never made it past the prototype stage, or were just not used all that prominently, such as the Model 608 survival rifle, the M231 Firing Port Weapon, and the Model 605 'carbine'.

In addition to more bodygroups than anyone is ever likely to use, all the parts you could ever want to move or pose are rigged, including the sling loops, fire selector and bolt catch. If it moves on the real thing, you can probably move it on these models. The M203 is also fully rigged and bodygrouped, and can be attached via bonemerging. A 4x20 magnification Colt scope is available for every weapon, and everything that can mount a bayonet has both the M7 and M9 as options, With the most appropriate one for the period the rifle was used in as the first bodygroup. The weapons that can accept the M203 grenade launcher feature bodygroups for use with them, including M203 heatshields and grenade launcher sights on the rifles, and removed lower handguards and front sling loops on the carbines.

All of the magazine props have bodygrouped bullets, the 20rd STANAG has bodygroups for a jungle taped second magazine, and the 40mm grenade has bodygroups to remove the projectile/casing for use in flight or ejecting from the launcher.

Credits: Treyarch - Original M16 and Commando models . Valve, Turtle Rock, & Hidden Path Entertainment - Various other parts. Alrækinn & McTbone - Testing. Lt_Commander - For giving me lots of advice and feedback on the bayonets and generally helping me out a lot during the process of making them. Kali - Porting, adding bodygroups, modelling the bayonets and other parts, rigging, etc. Pvt. Jenkins/Slim Charles - For putting up with my absurd requirements and making me the sexy SFM promo pictures.

And generally thank you to anyone else who might've helped me in the year or more I've been working on these. 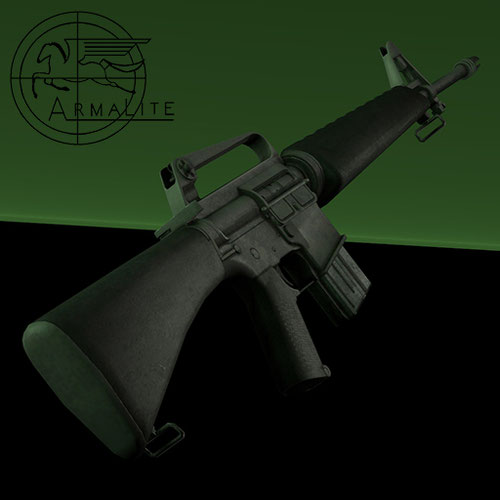