DevilsCry has yet to upload a media file

I ported this model almost one year ago (literally, 12th of January :D), but it was a private model and got asked to only use it for my own animations and not share it. Understandable, since it's an OC model. However, J&J released its MMD version to public today and allowed me to share her to the SFM community, so... here you have! :D

I made some fixes, because being a port made one year ago it had some flaws which now i know how to fix because i ahd to deal with them. This is why once you load the model, the name will be "kaya V2". I had to rename the model because otherwise my original "kaya" port will break for everyone who used the previos version.

Well, no matter. Here you have all the features :3 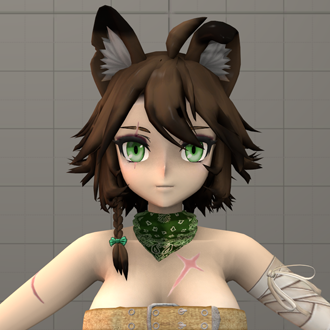