Yet another previous port by me, this time I gave it the same treatment as varan and cleaned up it's mesh to give it a smoother appearance, and pointer head.

A robot created by Dr. Goro Ibuki, the Seatopians stole Jet Jaguar to guide their god Megalon in the vengeance on the surface world. Once Ibuki regains control, Jet Jaguar is sent to recruit the help of Godzilla. Once he returned, he gains sentience of his own and somehow grows in size to fight Megalon. He was doing well until Gigan came along but was saved by the arrival of Godzilla. Together, they drove back both monsters and they parted on good terms.

Jet Jaguar was originally going to be the star of his own TV show However, because of his likeness to Ultraman, Toho went into legal trouble with Tsubaraya, Ultraman's parent company, Jet Jaguar never got his solo tv show. Which is odd, toho and Tsubaraya are usually on good terms, but I suppose it was a different time.

However, he did get a better reception by starring in the various video games.

Like all my models, The Jag (as Dickard T calls him) comes in 4 sizes. And yes, it's gmod compatable, just grab the folder labeled "gmod".

Credit to MMDcharizard and kaxblastard who originally ripped and rigged it for mmd. 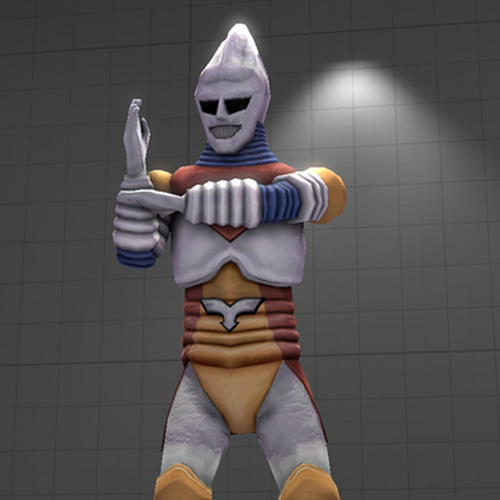