Ported this almost immediately when her model popped up, but before hand I remember Twitter accounts getting nuked for uploading models from the as-yet-unreleased FF7 files that were ripped when the entire game was accidentally uploaded. I didn't upload her but instead sent a link out to people who asked because of fear of being nuked but at this point the game has released and every other tom dick and harry has uploaded a version of a character and for blender users a nude version.

This model unfortunately is NOT nude so sorry for that however she does have a few things that are semi-new to any ports I've ever done aside from an Elsa I have also yet to upload here but IS on my Twitter, I hear tell LordAardvark is finally setting his sights on Anna and likely subsequently Elsa which will likely be applied to his DazV5 bodies but I digress.

Here's what we have.

• Facial Flexes. Yes some time ago I said I probably wouldn't ever do facial flexes for how tedious and time consuming they can be...that still holds true honestly but she has a fair amount that would make certain things possible they're not perfect by any stretch of the imagination but combined with a little face bone tweaking can save your life(as I understand that the face bones by themselves can be atrocious to work with.).

• Jiggled Hair, that is also separate. When you spawn bake the hair first, it's my understanding that it twitches once you lock it, you may have to try a few times before it actually works for some reason. I should've just left well enough alone honestly. 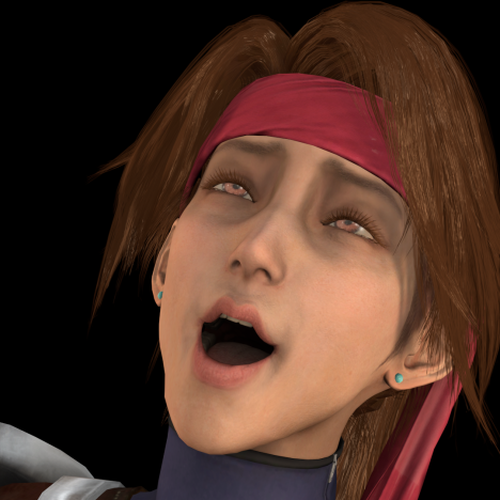