Well, where do I start?

Mommy Scarlet has some issues I could not overcome, but may be able to fix later(not with flexes since she's bodygroupped and I'm too unfamiliar with SMD).

The biggest most glaring issue with Scarlet is her shoulders which are in the previews I don't want someone downloading this thinking they can do any and everything when they can't.

There's a load of wonk in the shoulders with even lifting them up so far, it's weird I downloaded 3 different Scarlet models and they ALL had this problem and no matter how I moved the bone and fiddled with the weighting I just could not get it smoothed out. Now, if you want just the head then she's perfect, if you don't plan to have her do anything she didn't do in the actual game then you should also be fine otherwise WELCOME TO PAINTOWN.

Yes there's a Smutbase model but I'm not 100% perfect in porting models that have IKRigs applied to them, I've successfully done it like twice after like a dozen failures so I'm no expert but if you just GOTTA have Scarlet in SFM then here ya go till someone ports a better one.

I haven't ported Tifa or Aerith because I know someone will port them and they'll likely have nude bodies and I don't want to port those 2 when I could be porting others, I know a lot will say "I don't care I want it now." but you're better off waiting trust me.

There's not many other problems I can think of, in these previews the skin looks strange although I've done posters with her where it didn't look bad so maybe it's just bad lighting.

There are some 'extra' bones sprinkled in so if something is clipping use one of the extra bones to adjust so that it doesn't clip as much, honestly she just needs to be weighted better but I'm not the one for it, if you can use her by all means be my guest. 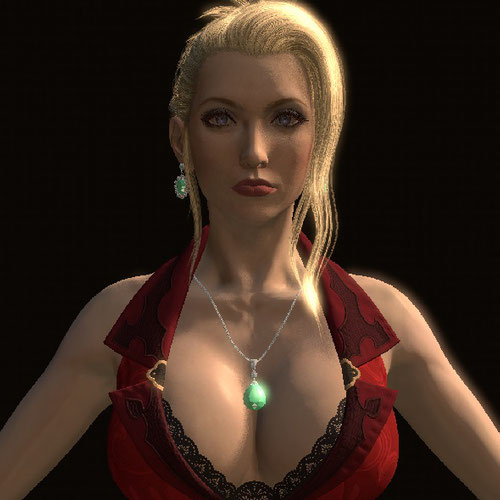