As it stands this character has no name, so it will remain 'Female Shinra Security' till then but will be updated if I manage to give her a name.

Update: She now has a name *Caia Aislin*.

Update2: Model had an open seam on the pants, that is now fixed!

Update3: Model was calling a texture from my Jessie Upload, for those who don't have/don't want that version of jessie I have updated it to call the file from it's proper folder.

While playing FF7R I noted that at one point an elderly female mentioned fighting in the war and while this has nothing to do with Shinra's SECURITY it was worth noting that if there were female soldiers during the war against Wutai then surely somehow some way there's Female Shinra Security(which doubles as militia I think)...somewhere.

If you've read the novels and such or whatever and know why there's no female, whatever here's a female variant. In my haste to create this I forgot to actually port the male version as-well so I may update this or just post it separate later.

The reason this is an actual OC and not just a grunt is because she also has an ACTUAL face and hair underneath her helmet unlike the male version. 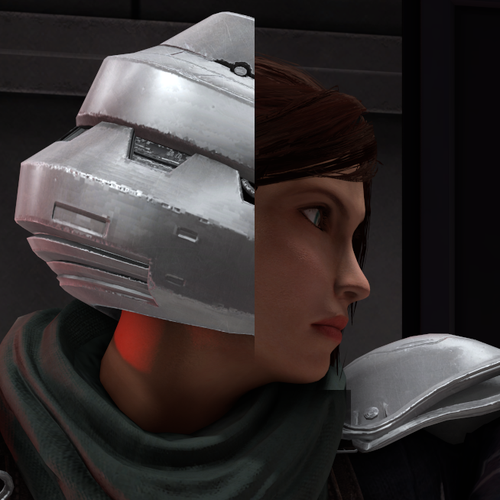